“There was a warming that broke into pieces this cyclonic, stratospheric Antarctic jetstream,” says Sarasota test pilot Miguel Iturmendi. “It would be the equivalent if, in Toronto, in the middle of January, the temperature was suddenly 100 degrees. It’s a huge deal.”

Around August and September, temperatures above the South Pole began spiking in perhaps by as much as 40 degrees Celsius — or 104 degrees Fahrenheit — above normal, according to the website Severe Weather Europe. Meteorologists classified it as a rare Sudden Stratospheric Warming (SSW) event, likely the strongest on record.

Iturmendi recalled that at 57,000 feet, the temperatures were looked to be pretty warm, and that someone on the team said that there was a Sudden Stratospheric Warming (SSW) event.

Meteorologist and founder of the Weather Extreme Ltd., Elizabeth Austin, stated there had been two SSW forerunners, in 2002 and 2010. In an email, she attributed SSWs to “enhanced energy” generated by activity in the troposphere.

“extremely significant” because SSWs “set certain weather and climate responses in motion … and we know a lot more about these now than we did back in 2002. Some of these things include its impact on the polar vortex (significant weakening), on the Antarctic sea ice (enhanced decline), on the ozone hole (helps repair it), on the weather in Australia and New Zealand.”

According to spokesman, James Darcy,

“While world records are always nice,” Darcy said in an email, “those extreme altitudes are just a means to an end as we continue the scientific mission. The same rare atmospheric phenomenon that kept us from getting to 90,000 feet this year … provided an opportunity to do some climatological research for which Perlan was uniquely suited.”

For additional information on this weather phenomenom, and more on the latest Airbus Perlan Mission, read the full article here. 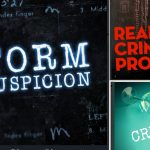