“SOARING TO THE EDGE OF SPACE”

The Perlan Project is an aeronautical event preparing to fly a manned glider to a record breaking altitude of 90,000 feet (for phase 2) in Argentina. The project has previously set the world record of just over 50,000 feet with an earlier generation glider for phase 1. The Airbus Perlan Mission II pressurized glider set a new world altitude record by reaching 52,172 feet on September 3, 2017, in the lee of the Andes in Argentina. Dr. Elizabeth Austin, CCM, is Chief Scientist for the Perlan Project, an international scientific endeavor to fly a manned glider (no engine) to 100,000 feet (phase 3) above the earth. 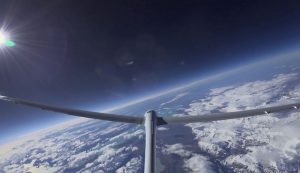 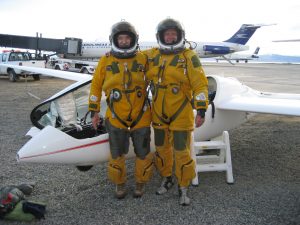 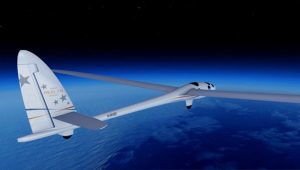 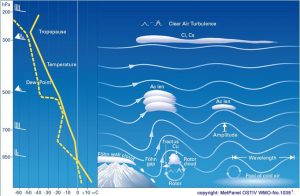 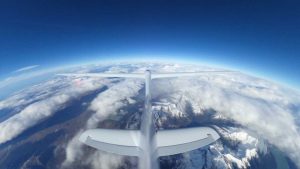 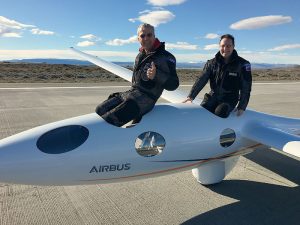 The Perlan Project has already proved its concept when pilots Steve Fossett and Einar Enevoldson set the world altitude record of 50,671 feet in a highly modified production glider. The new Perlan Glider is being built from scratch by Windward Performance (President Greg Cole) and is an experimental, pressurized, carbon fiber glider. This glider is being built with the capability to reach 90,000 feet (stage 2 of the project). Stage 3 of the project will attempt to get to 100,00 feet. The Perlan Project is one of aviation’s most ambitious and most dangerous forays into the upper atmosphere and will provide some much needed scientific data regarding the stratosphere, the Polar Vortex and the Ozone hole.

In July of 2014 Airbus Group became the partner and title sponsor of Airbus Perlan Mission II.

On September 3, 2017, the Airbus Perlan Mission II set a new world glider altitude record of 52,172 feet MSL GPS altitude in the Perlan 2 glider. Mission II of the Perlan Project is to fly the purpose-built pressurized high-altitude glider (the Perlan 2) higher than  any other manned wing borne aircraft has ever flown, to 90,000 feet. This is done by using stratospheric mountain waves and the polar night jet (associated with the polar vortex) and in doing so harvest invaluable data about earth’s atmosphere and its ozone layer.

Perlan Project intends to use the Airbus Perlan Mission II to expand their educational programmes by creating more partnerships and forming an international education committee.

Sailplane:
Certified production DG505M using full pressure suits in an unpressurized cabin. The maximum altitude possible with this configuration was calculated as 62,000 feet.

Result:
On August 30th, 2006, pilots Steve Fossett and Einar Enevoldson set the world-record altitude for gliders of 50,671 feet (15,447 m). Measurements taken during the flight proved that they had reached the stratosphere. This has provided the team with valuable information that will be used in Phase 2.

To soar to 90,000 feet using stratospheric mountain waves and the Polar Night Jet.

To soar to 100,000 feet and carry out long international flights using the Polar Night Jet/Polar Vortex.

For more information on The Perlan Project please visit: www.perlanproject.org